What a funny joke to start the last day of DLD16 with a session about celebrating sleep. Maybe a little bit ironic to call it the "Wake-up Call"-Session. Are we in the middle of a sleep crisis? Till Roenneberg, Professor for Chronobiology at Ludwig-Maximilians-University Munich, asked the audience at 9 am after a long DLD party night.

What means sleep to us?

Hans Ulrich Obrist started to explain that he really was impressed by Balzac. The writer is known for publishing lots of books - but drunk 50 coffees a day. Sounds not really healthy. Obrist himself are celebrating 24 hours "Marathons" at work with no sleep. As Obrist met Steffi Czerny in 2006 or 2007 they talked about sleep problems and Steffi told him "you have to meet my sleep guru!". The sleep guru you might think? It's the lovely nickname for Pro. Roenneberg. They both met at DLD and talked about sleep. Obrist then started to find his internal clock and rethought the "Marathons". During the day they offered live program which was used at night for an online radio with no need to stay awake. Also he changed his sleeping behavior - going to bed early, waking up at 3/4 am. Big advantage of waking up so early: no traffic jam in London, where Obrist is located. 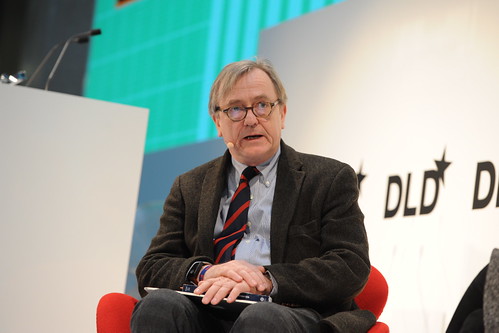 Arianna Huffington wrote a book about success in 2014 called "Thrive". Arianna herself had a burnout in 2007 and she started to think about a new definition of success - a burnout isn't successful. One of the first activity after the diagnosis was to sleep more and longer. But a lot of managers and CEOs still believe, sleep is a waste of time, because you can't be productive. So a really harmful definition was created: "less sleep, more productivity". But without sleep your brain is reacting like being drunk. What are the roots of the sleep crisis? Arianna mentioned the first industrial revolution where a lack of sleep was cultivated. Later it became a macho behavior like "mine is longer as yours". When it comes to sleep it is more "mine is shorter as yours". But this is really unhealthy. Sleep is like a really good drug and science seconds on that. 7-8 hours of sleep every night are often the perfect amount of time for most of the people to be more productive and socially better connected to the environment.

Change in sleep is recommended the panel agreed. Even CEOs modified their sleep activities in the last couple of years. For example Satya Nadella, CEO of Microsoft, tries to sleep not less than 8 hours every day. He said, he wouldn't be as good as he could because of stuck in his cognitive performance.

Miriam Meckel added, without having not enough sleep people start to be silly and not self-reflected. Brain is a resource which can be exhausted. Sleep is necessary but how to sleep the right way and make sleep more productive? How can we avoid spillover effects? Sleep research is trying to find an answer, but it is always an objective measure and a link to "what is good sleep" is missing. But something is clear: sleep is an end product of revolution, developed to reconnect with ourselves, to get recharged. A lack of sleep leeds to unproductive activities, to more working hours because of not getting the work done and later to less sleep again. This is uneconomical - for work and brain. 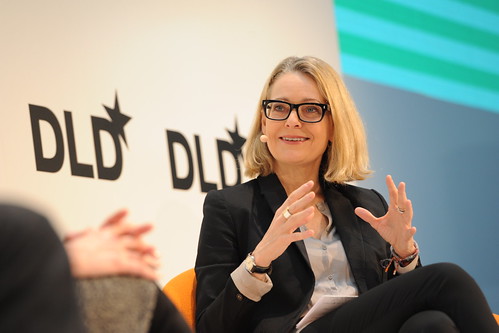 Have you ever asked yourself why do you use an alarm clock in the morning? We wouldn't need it if we had enough sleep during the week. If you would be totally recovered you would wake-up by yourself. But we often act like unloading a washing machine before it is ready. Now think of a "sleeping washing machine". If you stop the machine before it is ready you wake up with dirty, wet clothes. We need more time to wash the clothes, to dry - we need downtime. Sleep is urgent.

What Will You Do Next? (Philipp Schindler, CBO at Google & Miriam Meckel) | DLD16

"Those Are Issues that Affect Us All" - The DLDw13 Interview

Connecting the Dots of Science

How Does Biology Drive Behavior

Higher Education All Round

How to Train Your Mind and Your Heart

"Everyone should learn to code!" (Workshop)

More is More: Mindset of Abundance

What Artificial Intelligence Means for Consumers and Businesses

How to be audacious in education

The Powers of Coding – An interview with She++

DLD NYC 14 - Consciousness: A Top Down Solution to the Hard Problem (Deepak Chopra)

Celebrating the Authentic Self

Travel a GIANT human brain on the Internet.

Play, Passion and Purpose - is education 2.0